Mangosteen fruit, known as the "Queen of Fruits," has been traditionally used for centuries by the people of Southeast Asia. We now know it contains an impressive variety of vitamins and minerals, but the most exciting components are a group of phytochemicals called xanthones (pronounced ZAN-thnz) that are ONLY found in the rind. This is critical because most mangosteen products on the market do NOT include the rind. Our mangosteen powder does. The xanthone compounds in mangosteen have been shown to have "antioxidative and anti-inflammatory effects,"(1) leading modern researchers to further explore the health potential of this amazing superfruit:

One of the most important aspects of mangosteen is "the anti-inflammatory activities of xanthones."(2) This has led researchers to conclude that the major xanthones in mangosteen "may have therapeutic potential for the treatment of allergic asthma."(3) It can even have an effect on heart health; one study showed that one of the major xanthones in mangosteen known as alpha-mangostin "significantly attenuated [cardiac] abnormalities and restored the levels to near normalcy," leading researchers to conclude that "alpha-mangostin preserves myocardial [muscular tissue of the heart] membrane integrity."(4)

The effect of mangosteen’s phytochemicals was found to be "comparable to that of acarbose," a prescribed anti-diabetic drug which inhibits enzymes that cause starches to break down into glucose.(5)

Because mangosteen can act as an anti-inflammatory, it has been shown to have pain relieving effects, too. One study noted the traditional uses of mangosteen in Southeast Asia for "abdominal pain, dysentery, wound infections and chronic ulcers," going on to suggest that based on clinical findings, "xanthones may be developed as novel analgesics [pain-relieving] and anti-inflammatory drugs."(6)

Applications of mangosteen have been shown to be effective in minimizing acne. One study compared mangosteen to other plants and determined that it "possessed the most significant antioxidant activity and reduced reactive oxygen species production," two factors that can affect the growth of acne. Researchers concluded by identifying mangosteen as a "promising source of anti-inflammatory agent which could be useful in treatment of acne vulgaris."(7)

"I have been sick for years with something that doctors never figured out. They wanted to put me on several prescription drugs. Since they never found a diagnosis, I felt no drug could do anything but treat symptoms, so why deal with the side effects? I decided to treat myself naturally. Mangosteen Powder was one of my treatments. I used it for immune system improvement since that seemed to be what happened to me as a result from whatever caused this mystery illness. UNBELIEVABLE results!!!! Ordering more!" As you can see, mangosteen powder is quite powerful so a little goes a long way! Try adding ¼ teaspoon to your juice or smoothie, or check out this recipe:

Be prepared for flu season with this superfood beverage! Mangosteen powder is rich in xanthones, a powerful group of antioxidants specifically found in the rind of the mangosteen fruit, helping to protect the body from free radical damage.

What can amazing Mangosteen do for you? Sunfood's "Natural Solutions" does not promote or suggest natural cures, natural healing or natural remedies for any disease, disorder or ailment thereof. This information should be treated as educational material gathered and discovered from various studies, clinical trials and customer reviews. It is designed to encourage healthy lifestyles, and independent conclusions in regards to natural products and alternative health choices.  It is best to consult with your healthcare practitioner before attempting any form of natural cure, natural healing or natural remedy to any health issues. 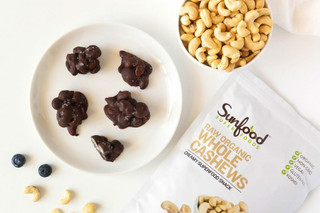 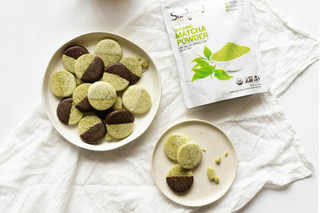 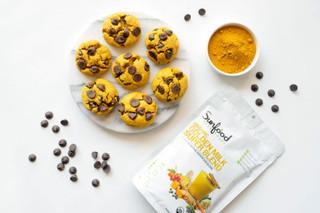